Mr & Mrs Rimmer had an existing shower room that was limited by space as a result of housing an unused chimney breast.

Furthermore the shower in situ was also an area of concern, both in terms of safety and ease of use as a result of the high step to get over the tray and into the shower. As we are all aware balancing on one foot can be a tricky and dangerous task at the best of times, which was required when entering & existing the shower, however doing so in a wet & slippy environment at a more senior age increases the risks three-fold. 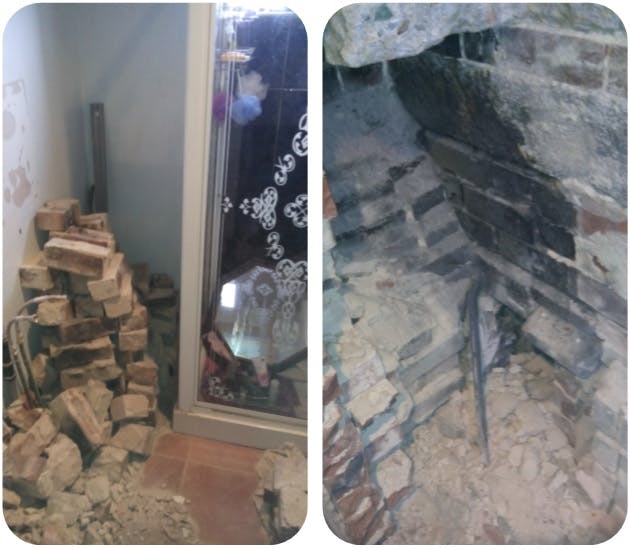 The renovation works to Mr & Mrs Rimmer’s property had already begun when we arrived to survey the bathroom. It was clear from the off that the project was indeed going to happen as the chimney breast, which was inconveniently taking up much needed space, had been stripped and knocked back to align with the rest of the wall however what wasn’t clear is what needed to be done and why.

More Ability surveyor & designer, Paul Tarbard, worked with the couple to understand why they were keen to refurbish their shower room suite (aside from making it bigger through removal of the chimney). It soon became clear that there would be a straight swap required, shower for shower, however the existing square enclosure would be replaced with a stylish and accessible wet floor shower for ease of access and safety.

The once small, pokey and unsafe shower room was transformed into a spacious, stylish and accessible wet floor shower solution. The fully tiled 3 piece suite housed a back to wall WC, wall hung basin with corian bench built into the wet floor shower area. The grey & white colour scheme incorporated into the overall design brought the room to life, making it light and airy through the use of clean lines and minimal fixtures – a true masterpiece. 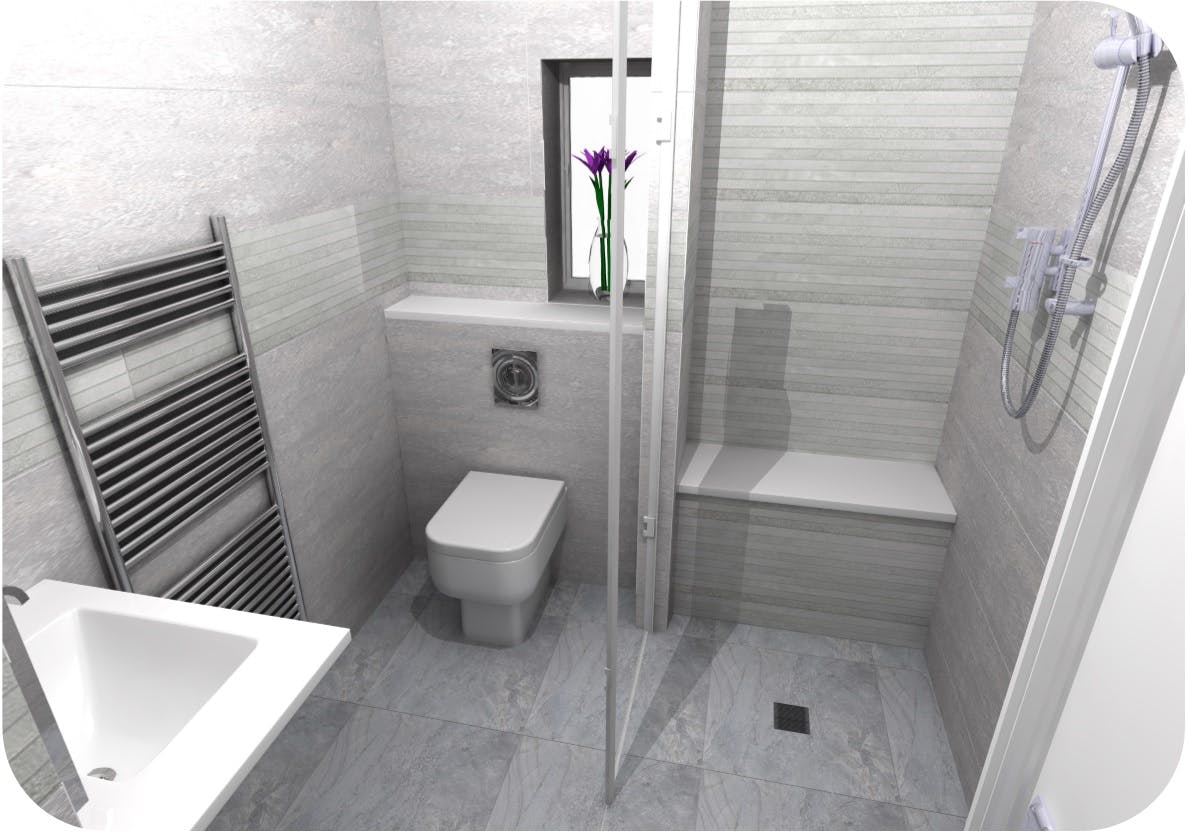 Shower rooms all done happy with everything but would like to say Darren who was our fitter was superb , he worked between 10 and 13 hours a day never stopping even when we made him a snack he ate whilst working what a grand lad he is a credit to passmore